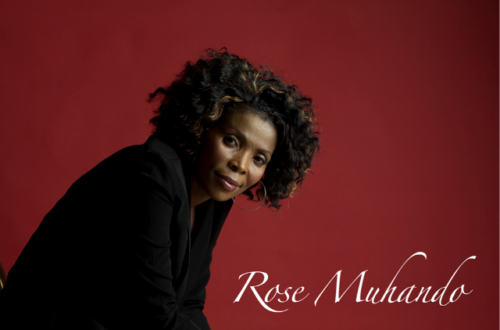 Rose Muhando was born in 1976 and was raised in Dodoma, Tanzania. On being deathly ill, Rose converted to Christianity, this moved to leading the choir at her local church and her meeting Nassan Wami that prompted her first album recording.

Today Rose lives between Dar Es Salaam and Dodoma where her career has flourished over the past 10 years.

To date, Rose’s previously released albums shattered physical sales records, selling over 7 million copies. In Kenya alone Rose is the most downloaded artist in the history of the mobile telephony giant, Safaricom, with sales of more than 5 million units to date. This magical voice has not been restricted to Tanzania and she has toured extensively across the African continent, covering cities in Kenya, Mozambique, South Africa, Malawi. Congo & Uganda. Rose has also been well received in the United States.

Rose Muhando is undoubtedly one of Africa’s biggest selling and most acclaimed gospel artists, with millions of fans throughout East Africa and her home country Tanzania. Rose Muhando has received many awards over the past few years including best composer, best singer and best album of the year. She has participated in Gospel concerts to help raise funds for a Dar Es Salaam children orphanage and graced the stage of venues all over East Africa and beyond to audiences of thousands, all in the name of Jesus Christ.

BOOKINGS FOR LIVE PERFORMANCES OR APPEARANCES:

Welcome to my world